If there’s a list of things new parents worry about the most when it comes to raising a kid, one of the top concerns has definitely got to be about making sure their child is taking in enough nutrients in their diet…

But it all goes out of the window when the child refuses to eat the nutritious food on their plate and instead opt for ice cream, junk food, or just plain white rice with nothing on it (when you insist). Picky, picky, picky.

The Problem with Picky Kids

It’s not uncommon for children to be picky with their food once they reach an age of around 18 months or when they start to feed themselves. Think of it this way: for months (or maybe years) they have not had a say in when, what, or how much to eat during mealtimes, and therefore being picky about their food somehow gives them a sense of control over their eating habits.

What’s important is that new parents have to understand that forcing and pressuring kids into finishing their food is probably only going to make matters worse.

If you’re worried about your child being malnourished, bring them to your paediatrician. You’ll be surprised to learn that nine times out of ten, they’re doing just fine as they are.

Here are five common reasons why your child gets picky about their food, and how you can work around them.

Reason 1: They’ve been spoiled too much.

Probably the number one reason why kids get pickier and pickier about their food as they grow older: parents who enable and even encourage such behaviour.

This scenario should be quite familiar to parents: You make a nice meal for the family and everyone sits down to eat. However, your toddler starts throwing a tantrum wanting to eat something else, so you whip up a special meal just for them in the hopes that they’ll finally quieten down and eat.

While we understand your dilemma, this solution is only short-term because it will eventually backfire on you. It enables their bad habits, encourages pickier food selections, and amplifies their lack of disrespect for you.

On the flip side, just to be fair, if you’re suddenly planning to introduce a brand-new menu to your family, at least make sure that there are a few components in the new dish that your child does eat so they aren’t too intimidated.

Solution: Sometimes, your children might need some tough love to get the message across. As experts say, it is your job as parents to provide your children with nutritious food, but it is their choice to decide if they want to eat it or not.

Reason 2: Their parents are picky eaters.

Solution: Don’t give your children a reason to dislike a food before they’ve even tried it simply because they saw you remove it from your meal with a nasty expression. Remember that they’re watching your every action and picking up their habits from you.

Reason 3: They aren’t familiar with the food.

We tend to stock up on food that we generally like, so eventually, the kids living in the same house will also develop a preference for the food that they see and eat every day. For example, if you have never once brought home a cauliflower and it suddenly appears on their plate one day, they would most probably reject it without thought.

Familiarity equals comfort and security. In this case, it won’t be unusual for your kid to have a hard time trying new food, especially if they’ve never even seen or heard of it before.

Solution: Try expanding your daily meals to include a variety of ingredients and cooking methods. You can also slowly introduce veggies or new foods by cleverly incorporating them into foods that they already like.

Reason 4: They’re having too much junk food on the side.

Humans have been conditioned to like high-calorific foods since the Stone Ages because food with higher calories provided more energy for hunting and gathering. Children also have that natural tendency to prefer foods high in calories, which explains their general love for sweets and junk food.

The problem with junk food is that it gets addictive and fills up the stomach quickly without providing much nutritional value. It is also one of the main causes of obesity, constipation, and memory problems in kids.

Solution: Don’t make junk food a regular thing in your house. Instead, make it a habit to snack on healthier options whenever someone gets hungry (yes, adults as well, because you’re their role model!). this way, even if they ‘spoil’ their dinner, they’ve already had their fill of nutrients for the day.

Reason 5: They’ve had unpleasant experiences with the food before.

Maybe your child has had a stomach upset or bad reaction to a certain type of food before, and now they’re scared of it.

That doesn’t mean it’s any less painful, though. Symptoms of food intolerance include nausea, a bloated stomach, vomiting, diarrhoea, and headaches.

Solution: If you notice your kid strongly rejecting only certain types of food, talk to them about how it makes them feel after eating to determine if they are having any food intolerances. Common foods that may cause intolerances include dairy, gluten, fructose, and caffeine.

Simply apply the oil to the temples and rub gently in circular motions to relieve nausea and headache, or warm up the oil between your palms and stroke downwards on the stomach to relieve gassiness. 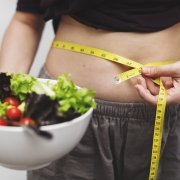 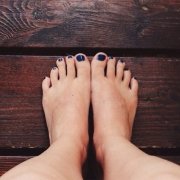 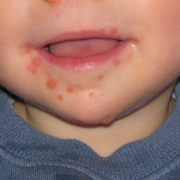 How to Help Your Child with Hand-Foot-and-Mouth Disease 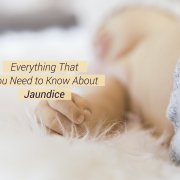 5 Important Things You Should Know About Jaundice

12 Benefits of Ginger You Should Know 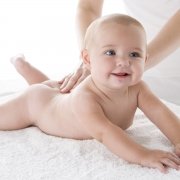 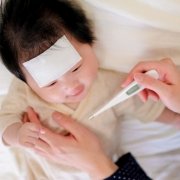 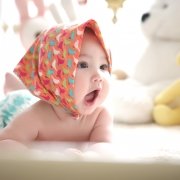 Tummy Time! Why Your Baby Needs It and How to Get Started
0 replies

Babyproof Everything: Keeping Your Baby Safe at Home